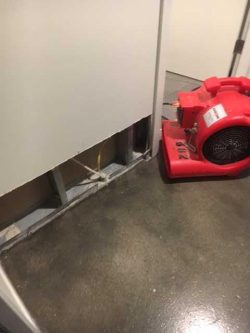 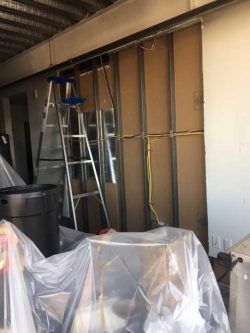 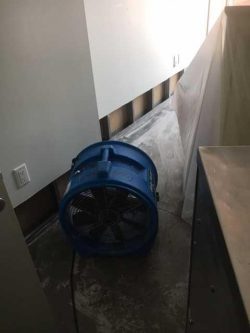 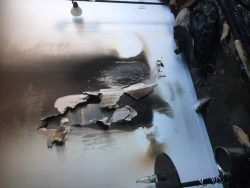 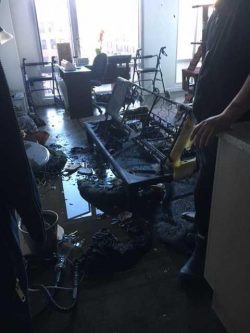 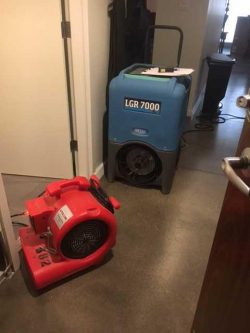 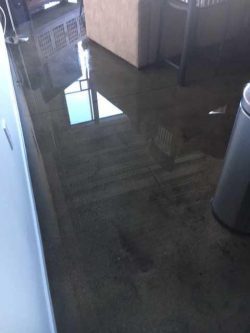 Pro-Care Inc. responded to an early morning call for fire and flood mitigation in a high end apartment building in the Seaport of Boston. This loss originated on the fifth floor with a small fire. The fire triggered the building sprinkler system and flooded much of the building. 17 apartment units were affected along with a number of common areas.

Pro-Care responded immediately, dispatching a project manager who was on site in less than an hour to assess the damage and create a mitigation plan with apartment management staff. Within hours Pro-Care had multiple crews (approximately 20 technicians)  and a second project manager on site, extracting water, moving / protecting contents rock, removing soaked sheet rock and insulation.
By the end of the day, all  water had been extracted and demolition was performed in each apartment unit. Over 100 pieces of drying equipment were set up and the drying process had begun. The following day Pro-Care returned to perform the demolition to common areas and to clean the soot damage from the fire.

"Restoring Homes, Businesses and Lives since 1987."